How is the performance of Renault Lodgy?

Renault Lodgy is the upcoming MPV that will further heat up this segment. Our experts have recently tested this car and are very impressed with its performance. First up, it will be offered with two engine option as in Duster, the 85PS trim and the 110PS one. Though, at its first drive Renault only had the tried and tested 110PS version that is used across the Renault range and Nissan’s range as well. The power is enough to propel this heavy car and allow it to do speeds quite fast while a meaty torque of 245Nm makes it fairly peppy in stop-go traffic. Moreover, the 6 speed transmission is a largely praised one and does the job just right. Since, it is a turbo-charged engine lag is evident at slow speed but it consequently diminishes as Lodgy catches speed. It also has exceptional figures like it achieves 0-100kmph in 12 seconds and reaches a top speed of around 170 kmph, impressive, isn’t it. The ride and handling of Lodgy is very pliant and its monocoque chassis allows it to handle like a small car, to some extent. Read our full road test. 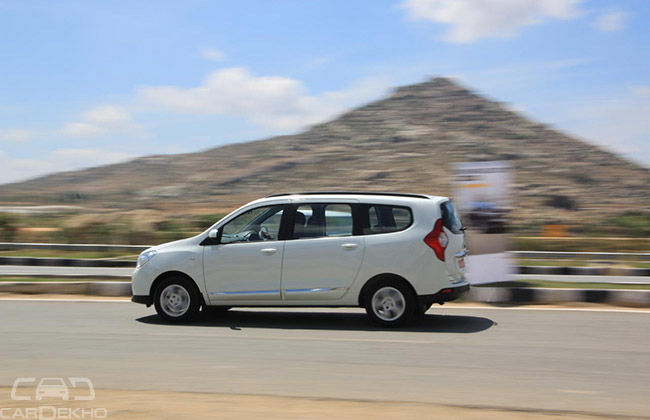 Have any question? Ask now!