My Storme joined my fleet of cars two years ago. We were looking for a vehicle which would be robust and strong to handle the conditions the Indian highways would throw at it with the added advantage of having a strong dealer network to support the same.I booked the car through the local dealer M/s Auto Industries Ltd. and the first experience itself was very poor. The dealer is the least bit concerned about the customers and the staff seem to convey to you that they are doing you a favour by selling the vehicle to you. There was no car to test drive and they offered to let me drive another customers car if and when it came for a service and that too I could only try out a 4X2 version even though I wanted the 4X4 version. Despite these initial hiccups I went ahead and paid the dealer the entire amount, as this was their practice. The car did not arrive for eight weeks and finally nearly three months down the line the car finally arrived.I opted for the additional warranty as the choice of the car was to be using it extensively to travel and it paid to have the additional peace of mind.After taking delivery I was pleasantly surprised at the overall performance of the vehicle and was pretty please with my purchase. However this is where the problems started. The service intervals were followed extremely regularly and I was very meticulous in my keeping the schedules well adhered to. The dealer however was trying his hardest to cut corners wherever possible. The service was pathetic and the company failed to change the fuel filters during the free service period which was mandatory. Around the 20K mark, my engine started feeling very lethargic and really unwilling to pull the car. I complained about it and everytime the answer given to me was that it was normal and the car was fine.Fiu=nally, having had enough of the same story I complained very seriously to the service managers and even got in touch withTata representatives who actually came and checked the problem with my car. The damage was with the fuel pump and the manufacturer of the fuel pump refused to change the same as the service history showed that the mandatory fuel filter change had not been done as per the schedule.The service manager actually had the guts to ask me to pay the cost of the fuel pump which was around 45K. I of course threatened to sue the dealer for negligence unless my car was restored to original condition and that too not at my cost.Thankfully, the Tata representatives were able to clear the mess and I have had my car properly fixed and handed back to me.i must say that barring the absolutely atrocious dealer, namely M/s Auto Industries, in Goa, my experience of the Safari Storme has been fantastic. I love the way the car runs, its stability, the planted stance it takes on the road and the fact that there is a Tata dealer every 50Kms or so on the National Highways. My other vehicles include a Merc E250, a Ford Endeavour, a Toyota Prado, a Skoda Yeti and a Mahindra THAR 4X4 CRDe.I would absolutely endorse the vehicle to anyone who wants to buy one.However, I hope Tata seriously ramps up its dealer network especially with non performing dealers like Auto Industries, and gives the customers of their cars a pleasant overall experience, especially as their future offerings seem great propositions in every category and option. 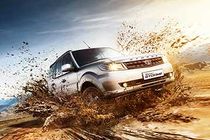 JUS IN CASE U WANT TO SELL IT ,,I WUD B INTERESTED THE FACT U GOT U WANTED THAT U DESERVED {SERVICE FRONT}AND THE WAY U WANTED IT ..IN SPITE OF THE NEGLIGENCE FM THE DEALERS {WHICH I EXPERIENCED THE SAME AND HAD TO SELL MY SAFARI,,